Career and Success In Acting Career As Per Horoscope – Actor/ Actress/ Planetary combination and Yoga in Astrology for making Career in Acting:– Showbiz world or cine world whether in Hollywood or Bollywood are very big Industry which provides employment for millions of people around the globe.

In this particular article, we are going to discuss and through some light on yoga and planetary combination in Horoscope for becoming a successful actor/actress in Film Industry.

Planets To Give Interest and Success In Acting Field

Career and Success In Acting and Venus:-  Venus is the main and karaka planet to establish a particular individual in acting world. Venus in the sign of Pisces, Aries, Leo, Taurus, Libra, Capricorn, Aquarius provides interest to pursue acting as a career in any individual’s life. Venus in these signs also gives creativity and philosophical attitude in life.

A strong but afflicted Venus plays huge role in developing interest and talent for acting naturally in an individual with good expressions. Native starts developing the artistic taste and acting talent themselves from very young age and they start getting aware of it as well because of Strong Venus in Good position.

Venus is the main planet that makes one a star in this line. Venus acts as an allrounder in the field of acting whether in comedy, dancing, singing, romance, action, drama, thriller, etc.

Career and Success In Acting and Moon:-  Moon is karaka of mind and emotion and acting can’t be played or performed with emotion and intellect. Moon in Taurus, Cancer, Virgo, Libra, Scorpio, Pisces, and to some extent in Aries develops acting talent and artistic taste in an individual.

Many Romantic Actor has their moon afflicted but in good position in their horoscope. Moon governs over romance and drama in acting field. Moon also gives mental strength to deal with competition in this field.

Career and Success In Acting and Mars:-  Mars eradicate any stage fear or camera fear in an individual. Mars should be strong and well placed in horoscope without being afflicted in Natal Chart. Mars gives courage and confidence to face the camera, audience, stage performance, etc.

Well placed Mars in Aries, Gemini,Leo, Sagittarius, Capricorn, Pisces without any affliction gives native energy and confidence to have faith and confidence in one’s ability. Mars also gives success over competition and confidence to take bold steps with initiative for making career in acting world. Mars rules over Action and Drama in Films & Television.

Career and Success In Acting and Rahu:-  Rahu may be the most important planet after Venus for giving success in Film Industry whether in Bollywood or Hollywood. Rahu gives edge and luck over competition as well as sudden success and quick fame and sometimes long-lasting mass hysteria.

Rahu association or conjunction with Moon or Venus instant popularity and success after years of hard work. Rahu -Moon or Rahu-Venus, Rahu-Mars combination can give tremendous success in acting line of cinema with massive fan following and long-lasting fame even after death.Ex- Superstar Rajesh Khanna, Dev Anand, etc. 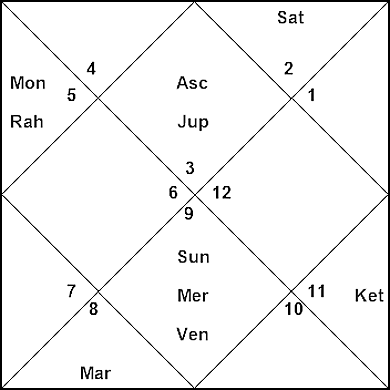 Career and Success In Acting Actor/ Actress and Mercury:-  Mercury plays important role in comic timing, dialogue delivery, punch line, perfect expression and dialect, heavy vocal tone, etc. Mercury is also very important planet to be well placed in horoscope if one wants to be an artist with perfection or artist with high skills. 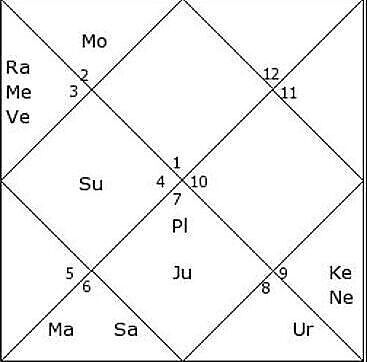 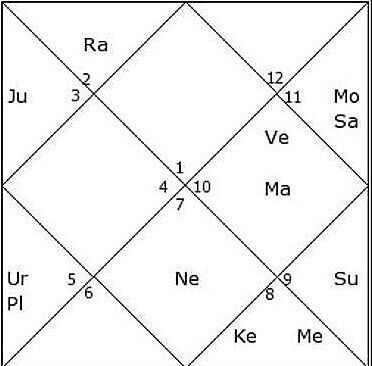 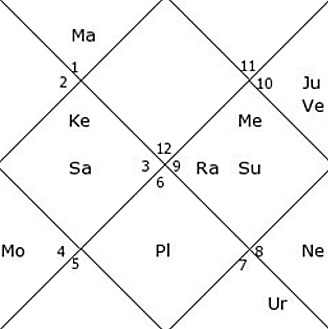 Saturn provides stability and constant success and long-lasting popularity with respect and power in the acting field in the film industry if placed in its own sign, friendly sign, and in 3rd or 7th or 10th or 11th house. Example-SRK 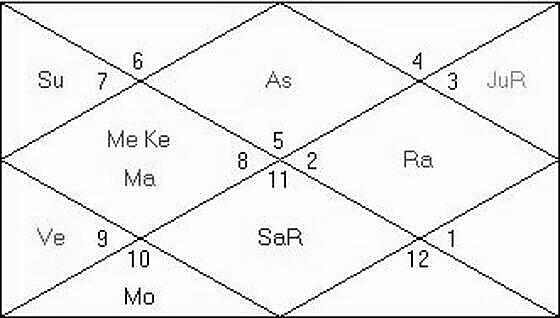 It can give downfall through cheating, drinking habits, scandal, mafia world, flop films, Police case, accusation, humiliation if it is not placed well or have lordship over 4th house, 6th house,,8th house, 12th house, etc. Saturn in Aries sign or Cancer sign or in Scorpio sign in any house can bring downfall in acting career more so if in 6th house, 8th house and 12th house.

Career and Success In Acting Career As Per Ascendant

To Be Noted:  As, I have above mentioned some particular sign, houses, and planets which helps a native to become a successful actor but exceptions are quite vast in this particular field of work & choice. Hence below are the specific planetary combination and prediction for each particular Ascendant since every 3rd  or 4th individual in this world wants to try their hand at acting or wants to become a popular Actor.

For  Aries Ascendant:-  Sun, Venus, Mercury in 1st house and Moon in 5th house can make you an excellent actor/actress.

Saturn, Rahu in 10th house, and Venus in 12th house for Aries Lagna can also make one a very good actor but popularity and rewards will be late in life.

For Taurus Ascendant:-  Venus in 1st house, 10th house along with Rahu or Saturn and Sun in 3rd house can make you a popular actor.

Venus -Mercury in 2nd house can make an individual a celebrity actor/actress. Moon in 5th house or 10th house with Venus or Mercury will help native to become a popular actor.

Gemini Ascendant:-  Venus& Mercury in 1st house and Moon Rahu in 2nd house or 10th house can make one a popular actor/actress. Saturn in 10th house with Venus or Mercury can also make one actor.

Cancer Ascendant:-  Sun in 1st house with Venus or in  5th house or 10th house can make native a very popular actor.

Sun in 9th house and Moon either in 1st house or 10th house can make one a very good actor/actress.

Scorpio Ascendant:-  Mars in 1st house or in 7th house and Sun-Venus in 5th house can make one a big film star. Jupiter and Saturn in  3rd house or 11th house and Moon in 5th house or 9th house for this ascendant can also make native an actor.

Aquarius Ascendant:- Venus and Mercury in 8th house and Saturn or Rahu in 10th house can one a big star. Moon -Rahu in 1st house can also make native a very popular actor for this lagna.  Rahu in 9th house or 10th house with Saturn or Mercury also give native very good chance to become a successful actor.

Dasa System and Career and Success In Acting As Per Horoscope

In Vimshottari Dasa, dasa of Sun, Moon, Venus, Rahu, Mercury when well placed and in good position can help native to achieve success in glamour Industry.

Dasa of Sun:-  6 year dasa  or main period of Sun will give luck, fame, respect, acceptance in audience through acting in films if placed in 1st house, 3rd house, 5th house, 10th house in the sign of Aries, Taurus, Leo, Sagittarius, Pisces.

Dasa of Mercury:- dasa or Main period of Mercury if it is 1st lord, 5th lord, 7th lord, 10th lord or 11th lord in your horoscope then it may give you some success and popularity along with good wealth through acting in  web series, short films, television series, daily soap etc. This dasa can give you success in acting on stage play, stage performance, stand up comedy, through comedy shows, etc.

Dasa of Moon:- 10 year dasa  or Main period of Moon in horoscope can bring significant glory and charisma in one’s career and personality by giving success and popularity in cine world. Native can attract mass audience through their personality, charm, aura and acting skills during this dasa. This dasa always support creative and artistic pursuit in life and gives success in acting, dancing and singing profession.

Dasa of Venus:-  Venus dasa is the best period for starting and building career in glamour world and achieving success, massive wealth and massive popularity in life. Main Period of Venus for 20 years can make you a king from poor through creative and artistic world.

Good placement of Venus in horoscope along with aspect or conjunction of Moon or Rahu or Jupiter or Mercury can bring big fame and success in cine world. One can get established as the top actor and bankable star in the film industry. Venus dasa also supports singing, dancing, modeling profession.

Dasa of Rahu:- The Dasa of Rahu gives edge and success over competition, luck, big fortune, support from the people of Industry, high social and career contacts etc. Main period of Rahu for 18 years is the best period for pursuing career as an actor, anchor, writer, dancer, director, artist in film industry.

Rahu dasa is one of the best dasa to start a career as an actor if placed well in horoscope. Rahu can bring massive fan following and unparallel popularity through Acting in Films.  Rahu dasa can make you a celebrity through social media platforms and can make your talent, work or speech go viral in social media.

Wealth and fame in Acting in Advertisement/Promotion:-  Advertisement industry brings star factor and credibility to actor or artist in their life. Big brands only search for big starts or unique actors which are on top in their careers.

Venus and Rahu plays big role in attracting big banner, big product advertisement where one gains regular growth in success, popularity and makes so much money that their bank balance shoots up sky high.

Gajkesari Yoga is also one yoga which helps native become a celebrity as an actor/actress in film line. Jupiter or Moon in 1st house, 9th house, 5th house, 10th house helps with this yoga.

Notes/ Pointers:- If Venus, Sun, and Mercury are in same house together in the sign of Taurus, Leo, Virgo, Libra, Sagittarius, Pisces then one will become a megastar in especially if joined or aspected by Jupiter. Example-Amitabh Bachchan, Dev Anand, Rajesh Khanna 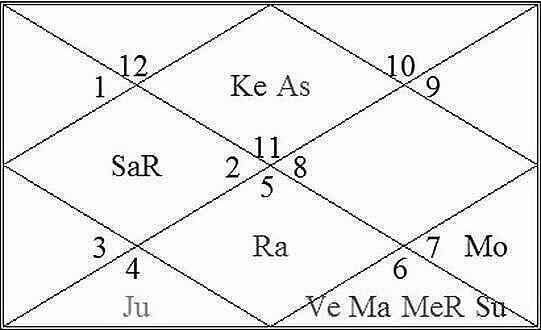