Extra-Marital/ illicit/ Relation/ Affair Yogas In horoscope/ Astrology: Everybody wants a suitable partner for themselves, somebody gets, somebody doesn’t. Another very peculiar matter is there that, when you will meet your Mr. Right or Miss right you don’t know, maybe before marriage or maybe after. So far what I have mentioned that is just one aspect of behind the reason for developing an extra-marital relationship. Some other reasons are also there. Like:

due to sexual reasons, it may happen that there is a mismatch of sexual need between you and your partner, or maybe you feel very happy when you stay away from your wife, whatever the reason could be, but the result is – “Involvement in an Extra-Marital relationship or illegal relationship”.

Many people come to me every day to consult and believe me, a maximum of them ask me the question: “Sir, is there any kind of extra-marital relationship indication in my horoscope?” Especially men are very straight forward, they ask with a smile but women, they also ask but not a straight way, that means everybody wants to know the same, so today I have decided to write an article on that. Maybe some matters would be still very mysterious if you feel so you can ask me for learning purposes only.

We all know that in horoscope 12 signs are there and those are also called houses when we get an ascendant of any particular time, date & place. In the natural zodiac, Aries is the ascendant and that is fixed, it is the starting point. Though individual ascendant will totally depend on upon the native’s birth time, place & date. 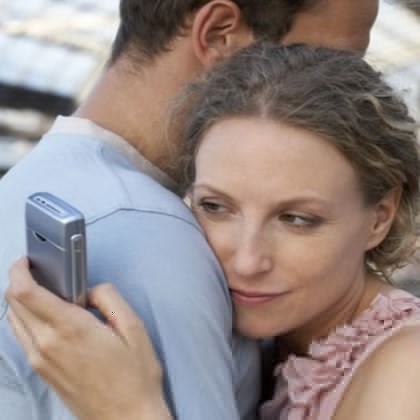 Planetary positions for extramarital affairs: So, remember whenever you are judging any horoscope for any kind of extra-marital or illicit relationship matter always concentrate on

Download the book: "CORONA - The scandal of the millennium"

2 Signs: Scorpio & Pisces. Other planets are also important, but these are the primary and a must to judge the matter. Why? Let’s see:

2. 6th house is the place to judge of “shara-ripu”. Six enemies within us which compel us to do a bad or illicit deed, illegal sex is one of them.

3. 8th house is the house to judge sexual organs and this house has the capability to destroy good indications of any house.

4. 12th house is the house from where we judge relationships apart from his/her wife/husband. We also judge bed pleasures in Vedic astrology from this house.

5. Scorpio and Pisces signs are 8th and 12th signs of natural zodiac respectively, so, we have to keep them also in consideration.

6. As a planet, Moon is the natural significator of mind.

7. Venus & Mars both of them are the significators of “Sex”. Venus is for male and Mars is for females.

Also Read: How to find the direction of your future spouse

Secret love affairs in astrology: So now, to get a clear picture of the sexual urge of anybody we need to judge – Scorpio sign, the 8th house from Ascendant or Lagna, Venus & Moon for a male. But for female Scorpio, the 8th house from Lagna, Moon & Mars. Whether a person will involve himself/herself in any kind of illicit relations or not that will totally depend on the position, conjunction and the aspect of Mars and Venus, because these two planets decide sexual urge of any person if a person has very high sexual urge and his husband or wife is not capable of fulfilling his/her thirst, so other complications will start between them and finally, those complications will lead to extra-marital relationship. That’s why when somebody asks me what you support, Love Marriage or Arranged Marriage, I give just one answer, I like both but should be judged astrologically before taking the final decision. always remember Venus and Mars play a very important role to make sexual characteristics of male and female respectively.

Planets responsible for extramarital affairs: When Mars in both cases male and female chart is in Mulatrikon or in its own house or not afflicted by any malefic planet or has made a relation with benefic planet or house, so, their sexual urge will be very normal, they do not have extreme urge & for this reason, if their partner is sexually little bit weak, so it doesn’t make any big difference to them, because they know how to control their existing sexual urge.

If Mars or Venus is weak and also afflicted by the malefic planet Saturn or Rahu (by aspect or co-joining) so those natives will be with a very high sexual urge. To them, sex is the most important part of life. In a later age, they suffer from diseases related to the sexual organ due to excessive usage of those organs.

If in a male chart – Sun, Mars & Venus are under the impact of Saturn or goes to Saturnian sign or “Navamsa” or anyhow these three planets are badly afflicted by Saturn so the native will definitely become a characterless person.

In female chart – If Mars is somehow afflicted by any malefic planet or placed in a bad house so a she will be with very high sexual urge and may believe in multiple relationships.

But remember, If Venus & Mars has any relation with 5th, 9th, or 10th houses so those ill effects will become less, and in spite of the high sexual urge the native will have an internal power to control him/herself.

Some More Combinations Of Illicit Relationships:

Let’s go a little bit deep into this discussion – extramarital affairs in horoscope.

1. This is a tip to all Astrology students, if you see any chart very closely you will find out that, if in a horoscope Scorpio & the 8th house from Lagna are under the impact of benefic planet and Venus is combusted by Sun, those male natives are less interested in female, and if Mars would be combusted in the same combination in any female chart so the female native will be less interested in male.

2. If the seventh house lord is in the ninth house with 6th house lord and if the Planet is badly afflicted by malefic planets and do not get any influence of benefic planet so the native will be involved in several relationships with several women and a maximum of them will be elder to him.

3. If badly afflicted Venus is placed in 7th house so the native will be in a sexual relationship with those women who already have relations with other men.

4. If badly afflicted Mars is in the 7th house so the native (female) will be in a sexual relationship with those men who already have relations with other women.

5. Chances of extramarital affairs in astrology: In the case of female:

If Rahu is in the 12th house and badly influenced by other malefic planets so that woman will have another secret relationship with another man apart from her own husband.

6. If the 7th house is occupied by Saturn, Moon & Mars without any benefic influence so the native will be involved in illicit relationships with other women and his wife will also be like that. That means, there will be the presence of other men in his wife’s life.

7. If badly afflicted Sun & Moon is placed in the same house and 4th house is also afflicted by malefic without any benefic influence so the native will be involved in a secret illicit relationship with elderly or aged women.

8. If Lagna lord and 6th lord are in the same house and afflicted by malefic so the native may fall into these types of illicit relationships.

9. Planetary combination for extramarital affairs – In case of female: Mars, Moon, 7th & 8th house – if those are afflicted by Saturn by aspect or co-joining, so the native may fall into illicit relationships just due to her strong desire for “sex”.   If those houses will be afflicted by Rahu, so the sexual urge will be higher and the woman can cross any limit to fulfill her desire. If the 7th house is occupied by two or three malefic planets without any influence of the benefic planet so the same thing can happen, but always see the position of Mars while judging any female horoscope.

10. In case of Female: Between Lagna lord & Moon who is stronger, if that planet comes under the influence of Saturn in “Navamsa” & “Birth Chart or Rashi Chart” both, so the woman can make illicit relationships with anybody in society, even a high society woman will go to the low standard man just to fulfill her desire. Especially if this yoga is found in Scorpio, Capricorn, and Aquarius so there could be various male partners in her life. But the involvement of strong 9th, 5th house lord, and Jupiter will make this combination less powerful.

11. If Venus & Moon both are in the 6th house and afflicted by malefic planet so that woman will have several illicit relationships in her life.

12. If 7th lord is aspected by or o-join with Rahu & there is no influence of any benefic planet so the native will be attracted to those women who are elder to him or married or divorced, especially if Venus is also involved in this combination so the native will be with high sexual drive and will fall into many illicit relationships.

So many other extramarital affair yog in Kundli or horoscope combinations are there also, I will discuss those later in another article. You can like AstroSanhita.Com’s Facebook Page to get new updates.

Writer, Astrologer, Numerologist, Palmist & Vastu Expert Shankar Bhattacharjee, a respected & “well known” name in Vedic Astrology field. He was born in a traditional Brahmin family in India – West Bengal – near Kolkata, “The City Of Joy”, which is one of the major cities in India.

Kickstart YOUR Occult Learning with our expert tips